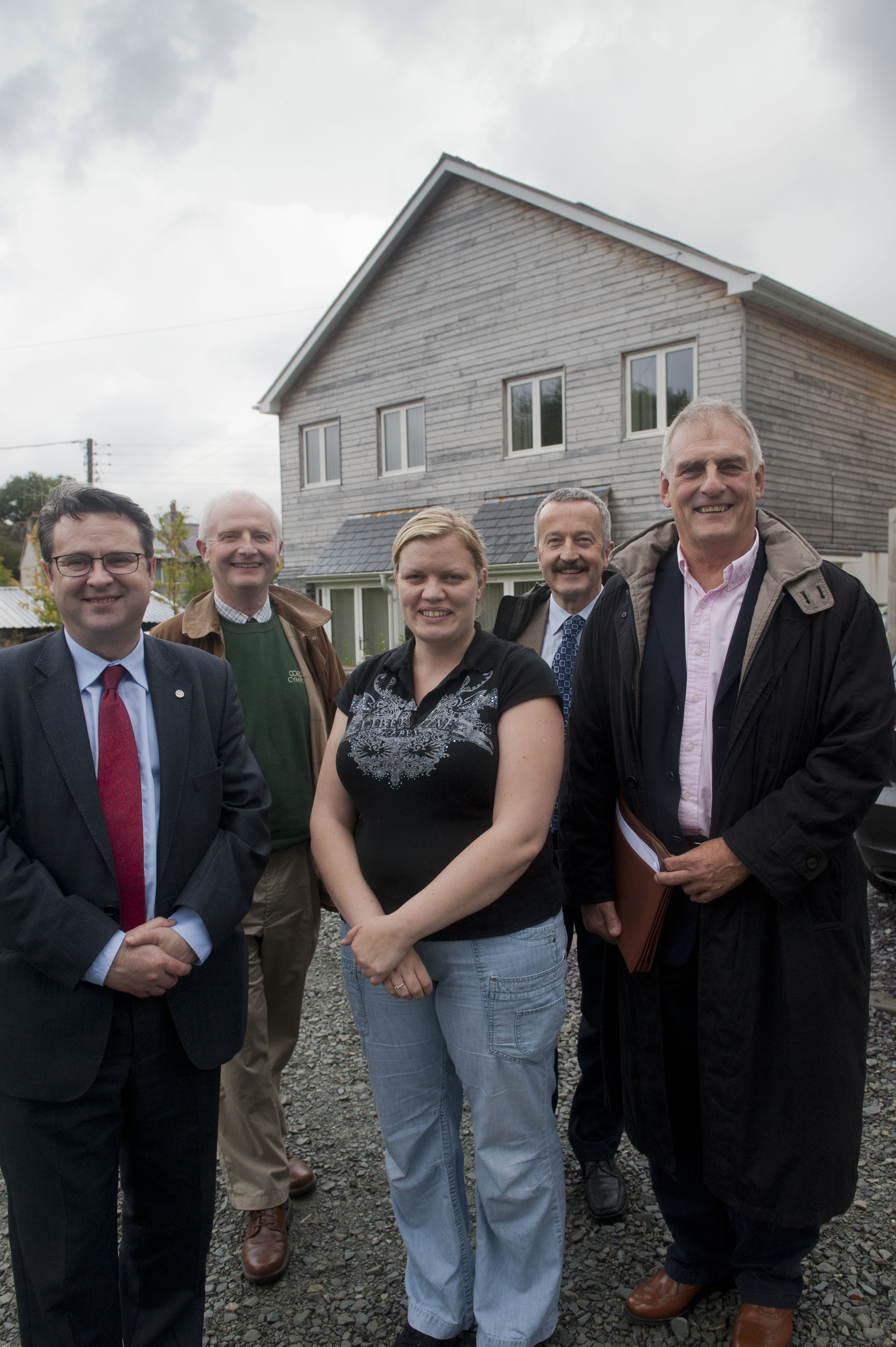 Welsh Housing Minister Huw Lewis said “It’s great to witness how this exciting housing scheme is using new construction methods to make good use of Welsh timber. This innovative partnership is not only for providing a roof over people’s heads but also setting a great example to others in sustainable building practices.”

The three bedroomed houses were built using Elements Europe’s Ty Unnos Modular system, which is fully certified to BA Trada standards. The Modular system can be used to build homes of up to three storeys using locally sourced Welsh Sipka Spruce Timber to provide a robust structural frame produced from a renewable material. Ty Unnos Modular maximises the use of Sitka spruce and adds value to Welsh timber as an environmentally friendly product.

The off-site manufacture of these modules meant that there was no delay in project completion due to adverse weather conditions. Elements Europe delivered the modular system to the site and they were installed over two days. Two semi-detached houses were assembled in just four and a half hours; each home compromises two complete modules, one on each floor.

Elements Europe’s parent company J R Pickstock was appointed as the main contractor of the project, undertaking the traditional construction work. The site had many constraints due to its rural North Wales location and narrow bridge for access. The site itself was located on a hill which had to be dug into, the geo-technical properties of the ground meant there was a high proportion of slate which required a pecker on site throughout.

A meeting was held in September 2012 with Huw Lewis, Welsh Minister for Housing, Regeneration and Heritage, using Dolwyddelan as a prototype site to show what can be achieved using sustainable Welsh-sourced timber. The homes all achieve the Code for Sustainable Homes level four.

Kevin Arthur from Elements Europe, who attended the site meeting, comments “The Ty Unnos system developed by Elements Europe was well-suited to this housing project; all modules were manufactured off-site so they instantly  provided a water tight, internally completed home once they arrived on site. The modules were sited on pre-prepared foundations then external finishes were applied to the facade and roof, along with the site wide external landscaping.”

David Jenkins, director of Coed Cymru, said “Ty Unnos was conceived around an engineering formula, which is easy to use and teach, it can adapt to a wide variety of modern and traditional architecture, materials and trades.”

“The benefits of using timber are significant in the move to a low carbon society: it is a renewable, carbon neutral raw material of low embodied energy. It promotes the sustainable management and use of out forest resource, while providing much needed affordable housing units, training and employment opportunities.”