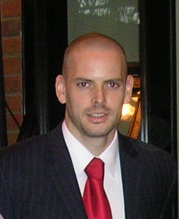 Elements Europe would like to congratulate Kevin Arthur on his recent promotion to Sales Director.

Kevin is well placed to take on the new role; he has worked as the Sales Manager with Elements Europe since it was founded in 2005.

Managing Director Andy Jones says “Kevin has been involved since the very beginning, he understands the company, our products and the industry very well. I’m sure he will do a great job ”

Michael Shand, former Sales Director, has moved back to his hometown of Aberdeen to start a new business with his father. Elements Europe would like to wish Michael the best of luck with his new venture.

Kevin’s promotion means that there is now a vacancy for a Sales Manager within our team, please see our careers section for more information on the role.