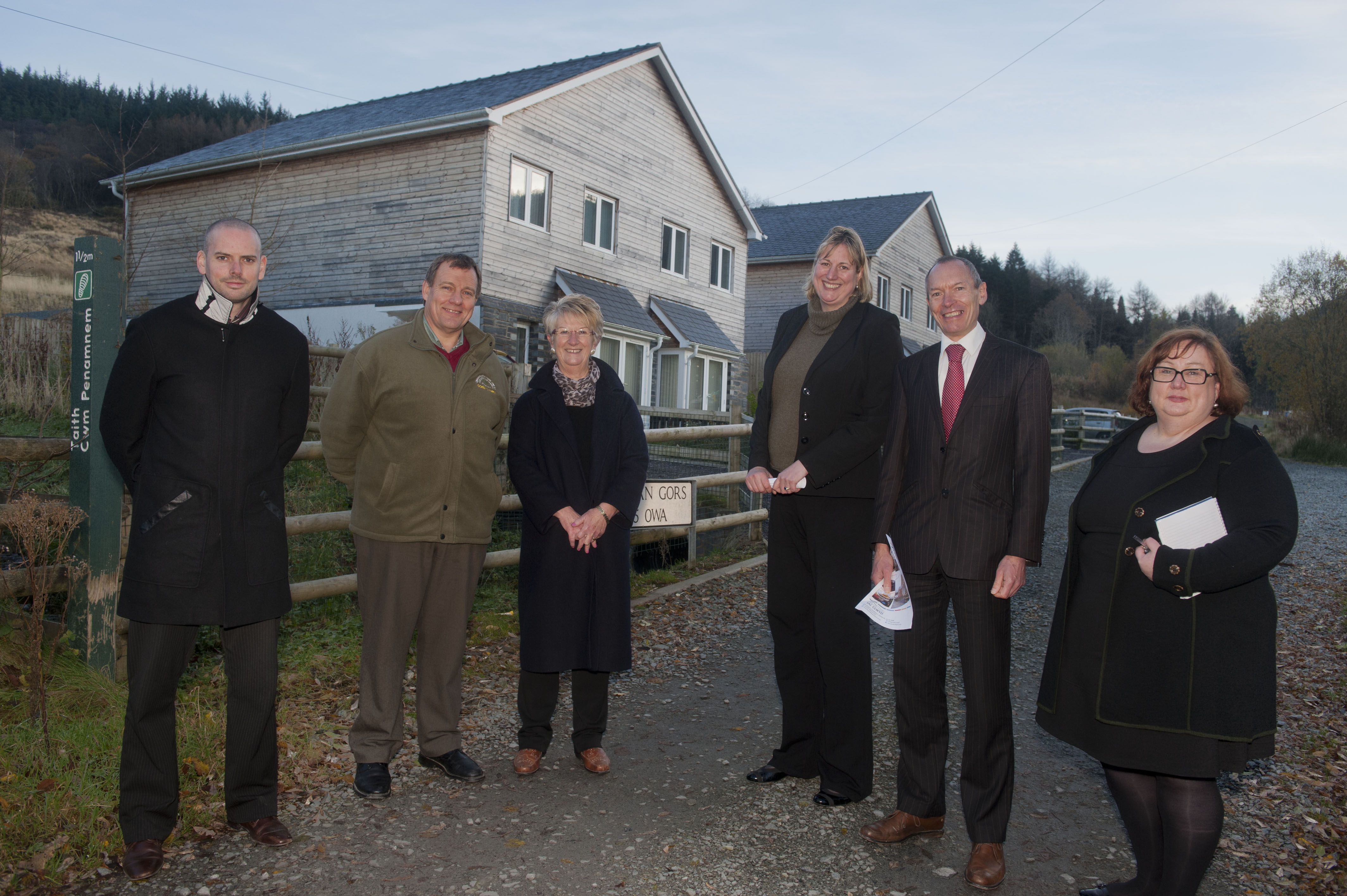 Environment Minister, John Griffiths said “This system of house building is a perfect example of using sustainable development to improve people’s lives. Using Welsh wood in this way enables us to responsibly manage our natural resources, support the economy through job creation and provide affordable housing.

“It was interesting to see that these homes include built-in heat recovery systems with solar panels to supplements water heating. Tenants will benefit from small bills whilst contributing to the Welsh Government targets to reduce emissions.”

Elements Europe’s Ty Unnos Modular system is fully certified to BA Trada standards and can be used to build homes of up to three storeys. The system uses locally sourced Welsh Sitka Spruce Timber to provide a robust structural frame, which is produced from a renewable material. Ty Unnos modular maximises the use of Sitka spruce and adds value to Welsh timber as an environmentally friendly product.

The off-site manufacture meant that there were no delays in the project completion. Elements Europe delivered the modular system to the site and they were installed over two days. Two semi-detached houses were assembled in just four and a half hours.

Elements Europe’s parent company, J R Pickstock Ltd, was appointed as the main contractor for the project, undertaking the traditional construction work. All homes meet Level Four of the Code for Sustainable Homes.

Dolwyddelan has been used as a prototype site to show what can be achieved using sustainably sourced Welsh timber. More detailed analysis of performance, including on-site energy monitoring, is now underway.