The Pickstock Group raise over £21,000 for Marie Curie

In June of this year 16 members of The Pickstock Group tackled the gruesome challenge of completing the National Three Peaks in memory of Martin Thorpe a colleague and friend to many at The Pickstock Group, who died suddenly in 2011 after being diagnosed with cancer. Marie Curie Cancer Care allowed Martin to come home by providing him with a nurse who took care of him during his final days. Not only did the nurse help Martin but she also supported his family through the traumatic time. Katie, Martins wife was very touched to hear that The Pickstock Group were taking up the challenge in memory of Martin and Martin’s son Thomas, decided to join them on the expedition.

The Pickstock Group also held a Charity Ball at The Walls Restaurant in Oswestry further boosting funds for the charity. 185 guests attended the evening raising £5,500 through ticket sales, a raffle and auction.

In total The Pickstock Group raised £21,500 for Marie Curie. This week, along with some of the participants of the Three Peak challenge and Martins family, a cheque was proudly presented by Sara Pickstock to Judy Breese, chair of Marie Curie Cancer Care, Oswestry.

Sara Pickstock commented “Everyone felt a great sense of achievement once the challenge was completed.  Raising money for such a worthy charity as Marie Curie and to honour the memory of Martin a great friend and colleague made it extra special”. Sara added “We would like to give a big thank you to those local businesses who supplied auction and raffle prizes for the Ball and also a special thanks to Oswestry School who lent us their minibus so that we could all travel together to the Three Peaks. 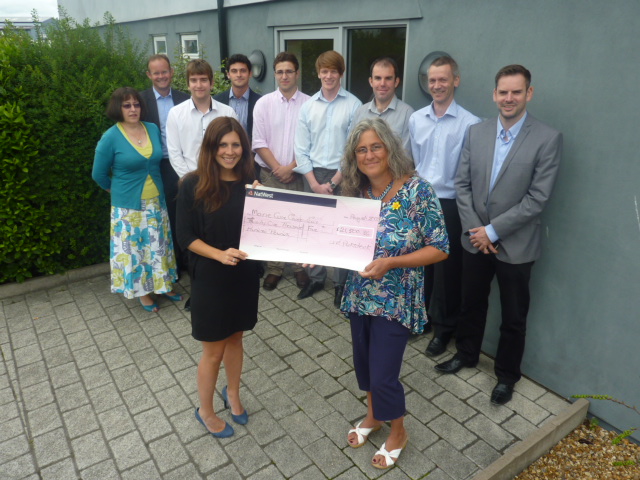