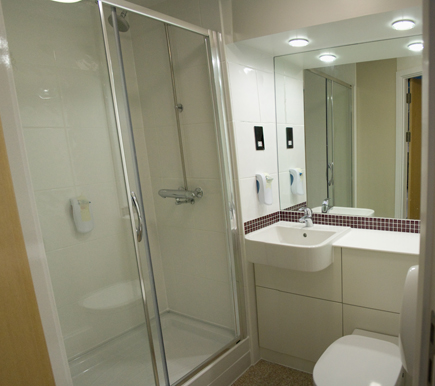 The modular construction manufacturer, based in the West Midlands, has manufactured a total of 196 bathroom pods which have all been designed according to the Premier Inn brand specifications.

The new development is on the site of the former General Lying In (GLI) Hospital and nurses home in Waterloo. The nurses home has been replaced by a 14-storey reinforced concrete frame while the GLI building will be remodelled and converted with both buildings linked from the basement to the second floor to create the new hotel.

Michael Shand of Elements Europe comments: “The GLI building is listed and it is not the first time that we have contributed to internal aspects of a scheme such as this. Our bathroom pods, room pods and steel frame systems along with panel systems, floor and roof cassettes provide a flexible, adaptable option for contractors and developers.”

Elements Europe has been able to cater successfully to the logistical requirements of the busy city centre site with a tailored programme including weekend deliveries.