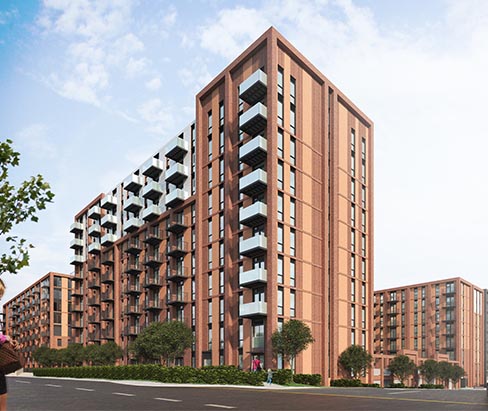 Elements Europe is delighted to have won its second contract with international construction contractor BCEGI to manufacture, deliver and install 884 bathroom pods to Phase two of Middlewood Locks, a £1 billion regeneration mixed use development in Salford.

This win follows successful completion of Phase one which saw 914 pods featuring nine bathroom types manufactured for the scheme.

“Winning the contract for the second phase of this development is testament to the product and service we delivered to Phase 1 in 2017. We are very pleased to be working with BCEGI’s professional team once again to execute the second phase.” Commented Kevin Arthur, Director at Elements Europe.

Elements Europe will again manufacture nine types of bathroom pods which include main bathrooms, ensuite and jack and jill bathrooms of varying sizes. A prototype will be developed for the client to approve prior to full manufacture.

This second phase will see 546 apartments built across four PRS blocks ranging from eight to eleven storeys high. When complete Middlewood Locks will have ten PRS towers with a total of 1,117 apartments . Not only this, there is 900,000sqft of commercial and mixed use amenities including offices, hotels, shops, restaurants and a gym currently proposed.