Hot Off the Press

Pickstock Construction will allow Dobson and Crowther access to the new print works in Llangollen next week. Dobson & Crowther’s partial possession of the new facility is to assist them with relocating certain items of their existing plant and machinery so they can continue to manufacture during their full decant from their existing site later in the year.

The roof has now been fully installed as well as all aluminium windows and doors, and the external wall cladding is almost complete.

The concrete floor that spans a 43,648 sq ft has been laid and the building of the internal walls are now well underway.

An office on the ground floor has been built to serve the administrative personnel in the business and a further office on the first floor is now approaching completion, with mechanical and electrical works on going and on programme.

Outside, a bat roost is being built using the stone and slate roof tiles from the derelict farm buildings that were previously on the site. This roost is being constructed above a substation and will ensure the safe housing of the bats in the area.

At the rear of the building is a service yard that will allow all large goods in and out deliveries to operate with ease, this will be concreted next week as the final touch to this development.

Neil Tuffin, Site Manager commented “The building looks fantastic now that it is almost complete, we are looking forward to assisting Dobson and Crowther with their relocation and moving onto the redevelopment of their site in the town later in the year.”

Dobson and Crowther’s new print works is part of a larger redevelopment for Llangollen. Dobson and Crowther’s old print works building that is located just half a mile from the new site will be demolished and developed into a new Sainsbury’s food store to serve the local community with better choice locally, without having to travel to nearby towns. 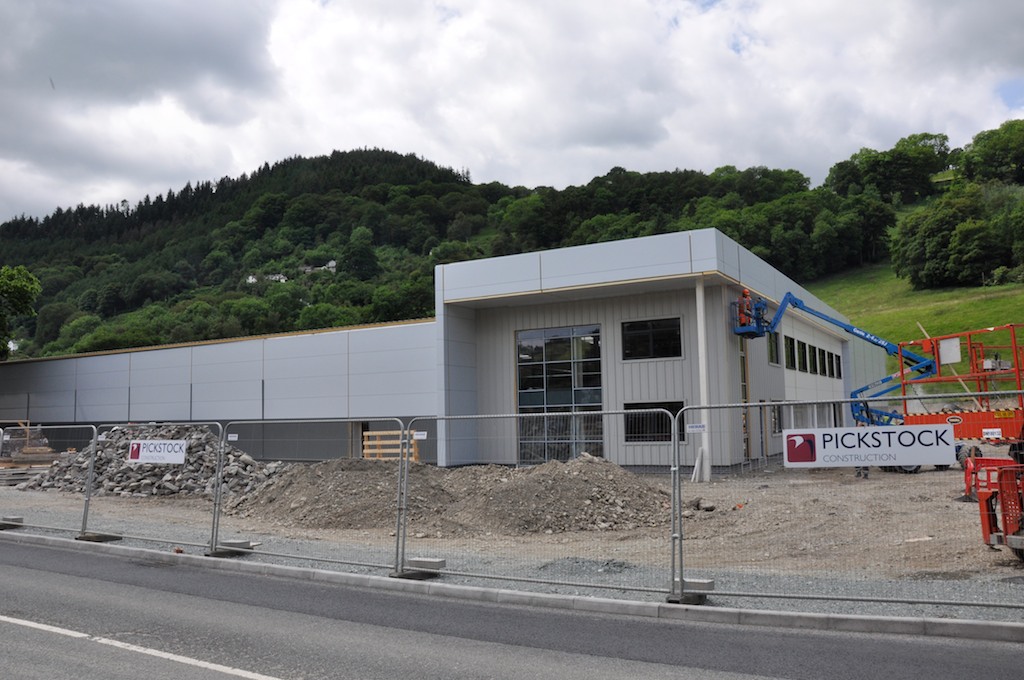