It has been a busy month so far on our student accommodation site in Colchester with good progress made despite a wet start to November.

Pickstock Construction’s Project Manager Richard Thompson has worked tirelessly with the on-site construction team, engineers and designers along with Elements Europe  to ensure that each step of the construction process is carefully planned to ensure that the build is completed in the most efficient means from day one.

People passing the site won’t fail to miss the 40 metre high tower crane which has been erected to be the work horse for the groundwork’s packages and importantly the lifting of the Room Pods which will commence in February 2014, following completion of the podium works.

The two largest eight storey blocks within the development are the main focus at this point in the construction as these dictate the critical path for the build. With piling, sheet piling and works on the substructure well underway for the first phase, the superstructure on these two blocks are now beginning to rise.  Reinforcements are now onsite for the columns and wall structures and the staircases which are pre-cast concrete and prefabricated offsite are now on order.

The Marketing Suite is now open next to the site, showcasing two room types and the communal kitchen and living area found within the shared flats. 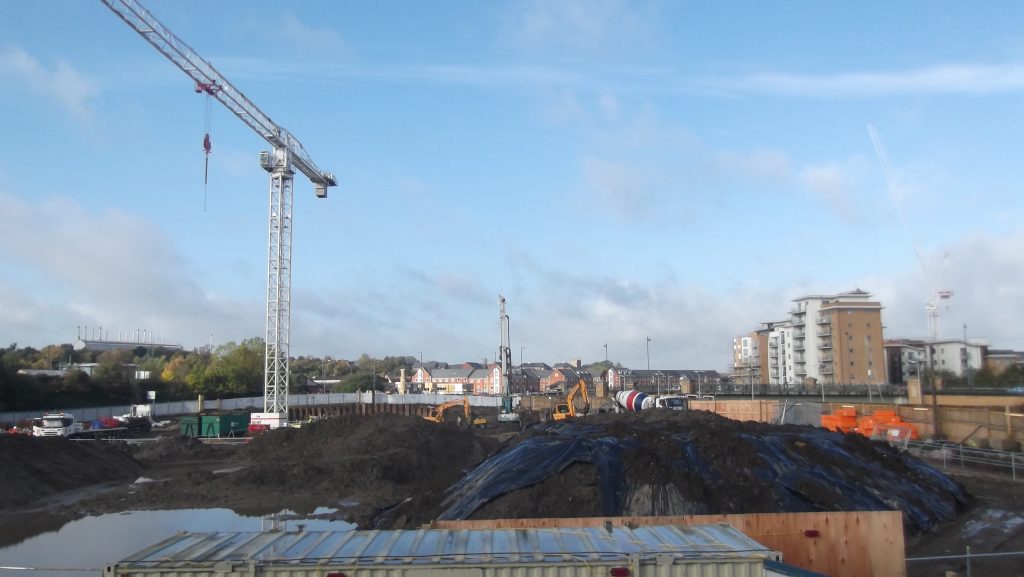